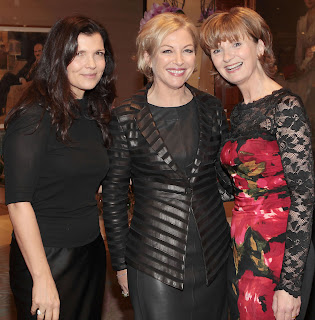 Along with Adi Roche, founder & CEO of CCI, and Ali Hewson fellow board member Liz greeted the many guests who represented the arts and culture, government and commercial sectors.  The monies raised from ‘Liz’s Lunch’ will go to support CCI’s Medical Care Programme, including life-saving cardiac surgeries for children on critical waiting lists in the Chernobyl regions.

Speaking at the event, Liz O’Donnell said, “The effects of Chernobyl are still being felt in the form of high levels of genetic birth defects, in particular the rise of the heart defect, commonly known as ‘Chernobyl Heart’. Waiting lists for urgent surgeries are growing and we need to help even more children.”