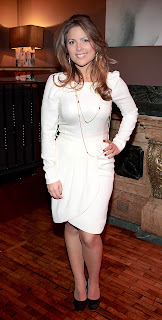 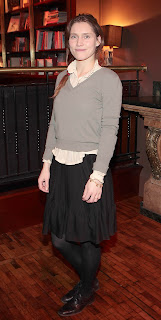 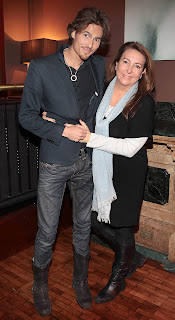 Irish designer Chloe Townsend launched her highly anticipated jewellery brand Willow & Clo in the Cocktail Bar in the newly opened Odeon Bar. This unique handcrafted collection inspired by Chloe’s love of nature has everyone in the jewellery trade talking.

Chloe perfected the art of making jewellery in the renowned Scuala D’oro in Rome, where she spent one and a half years practising her technique (she’s a qualified goldsmith). Following on from this, she went to London to study design at the GIA (The Gemology Institute of America) where she studied to turn her inspirations into the stunning jewellery pieces that are Willow & Clo.

Taking inspiration from her numerous trips to India, Chloe uses the characteristic blend of Indian gemstones and Irish designs thus making the collection so notable. Combining her signature style, the collection is a triumph of her imagination and experience. Irish celebrities such as Sharon Corr, Amy Huberman, Kathryn Thomas and Miriam O’Callaghan are all big fans of Willow & Clo.
Posted by Event Reporter 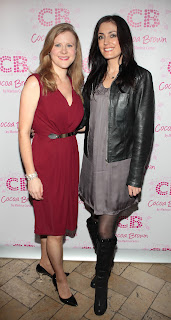 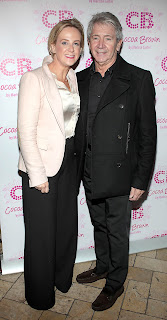 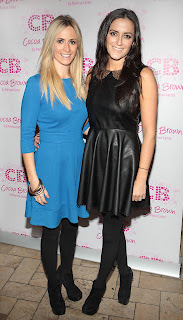 Marissa Carter, who runs the popular Carter Beauty, has just launched a new self tanning range called Cocoa Brown (you may recall she kindly supported the recent Maxtravaganza Ball).

Irish girls have a near obsession with fake tan (probably due to our lack of natural sun) and early reviews suggest this range is sure to be a hit.  Developed by Marissa herself the product is born out of her years of experience in her Blackrock salon. 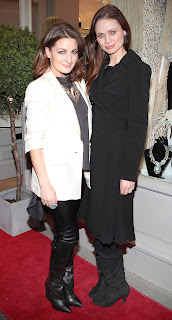 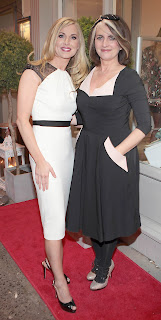 Cari’s Closet, the go-to luxury lend boutique in Malahide, hosted the official launch party of its new bigger store recently. Most girls dream of wearing designer dresses but many can never afford to.  Cari's Closet is a dress hire shop full of designer and vintage collectibles all for rent at just a fraction of the retail price.

Born from a love of fashion, Cari’s Closet offer red carpet and occasion wear looks without the enormous price tag.  The concept is simple you borrow, wear and return the dress and the store takes care of alterations and cleaning!

The spacious store was designed by the owner Lisa Duffy (named after her daughter Cari) with custom made fitting rooms and furnishings, ornate chandeliers and bespoke handmade seating.  Cari's Closet also sells dresses if you rent and then fall in love with a dress.  Brands offered to customers on hire include Herve Leger, Alexander McQueen, Roland Mouret, Badgley Mischka, DVF, Sass and Bide, Jovani, Sherri Hill and La Femme to name but a few.
Posted by Event Reporter 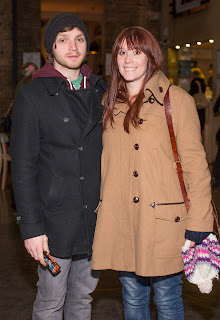 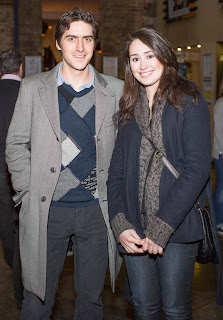 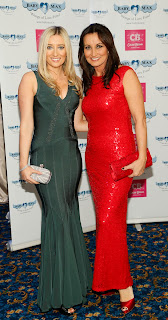 Over 300  guests including many celebrities attended the Annual MAXTRAVAGANZA Ball at Fitzpatrick’s Killiney Castle in aid of the Baby Max Wings of Love fund. Organised by Max’s parents and founders of the charity, Declan Donnelly and Darina Ní Chuinneagáin with Max’s God Mother, Máire NíChuinneagain, the atmosphere from beginning to end was electric with the wonderful Miriam O’Callaghan playing a remarkable job as MC.

The Auction was conducted by Baz Ashmawy who managed to get most to dig deeper in to their pockets for items including Dinner for 6 with Kevin Dundon in your home sponsored by himself, SuperValu Mount Merrion and On the Grapevine wines.

The Prickly Pears Band took over to round off the evening and dancing continued ‘til the early hours! Guests were in very high spirits and delighted leaving with their goody bags from title sponsor, Cocoa Brown Tan by Marissa Carter. 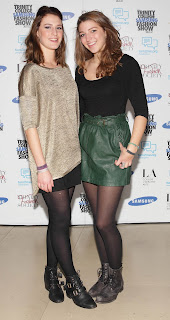 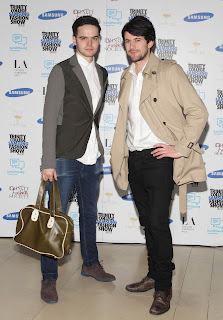 The stunning surroundings of the Winter Garden at the National Gallery played host to the 2012 Trinity College Samsung Fashion Show.

The members of the Trinity Fashion Society took to the catwalk in support of Turn2Me.org. This year, Samsung came on board as sponsor which allowed the entire proceeds of the show go to the Irish online mental health and suicide prevention charity.

The students designed and produced the fashion show, which carried the theme of ‘Dark Romance’ taking inspiration from key winter catwalk trends including, gothic and lace, vintage rock ‘n’ roll and opulent baroque styles. Dramatic make-up was inspired by the current gothic trend created by LA Creative Academy with each look completed with a striking head piece from top Irish Milliner Edel Ramberg.